Got a new spinning reel in the post this morning so was dying to get out and try it. All I can say is it really makes all the difference when you buy a decent reel! So anyways along with reel I bought 3 kilty catcher spinners, a red one, a green one and a silver one, all 32g. I threw on the silver one to start. Casting out over mixed ground into 20-30ft of water and letting the spinner sink to the bottom then beginning a slow retrieve with the odd twitch of the rod produced 2 small pollock over the course of an hour. After spinning for a while I wanted to try see how the new reel performed with plugs so I moved to shallower ground and began plugging. What happened next was unbelievable, a grey seagull began following my lure so I tried reeling it in as fast as I could but the seagull still got it, the hook went through the bottom of it's beak and it started going nuts wrapping itself up in my line, I had to reel it in and try to get him free but he wasn't having any of it, any time I got near his beak he would nip at my fingers, eventually I managed to get the hook out and he took off no problem. Not a nice experience and in future I will be more careful to make sure it doesn't happen again. After all that chaos I went back to spinning in the deeper water for the last hour but had no more bites.. 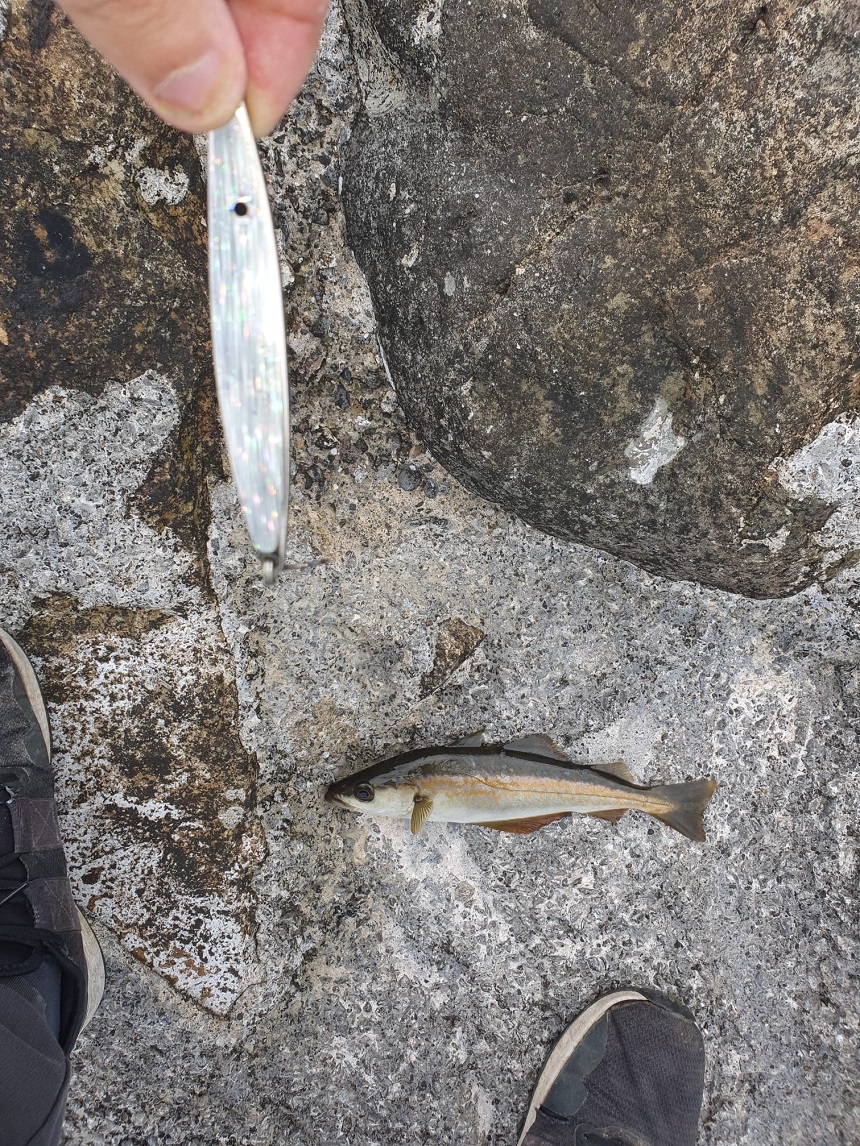